Python and R are two of the mainstream languages in data science. Fundamentally, Python is a language for programmers, whereas R is a language for statisticians. In a data science context, there is a significant degree of overlap when it comes to the capabilities of each language in the fields of regression analysis and machine learning. Your choice of language will depend highly on the environment in which you are operating. In a production environment, Python integrates with other languages much more seamlessly and is therefore the modus operandi in this context. However, R is much more common in research environments due to its more extensive selection of libraries for statistical analysis. 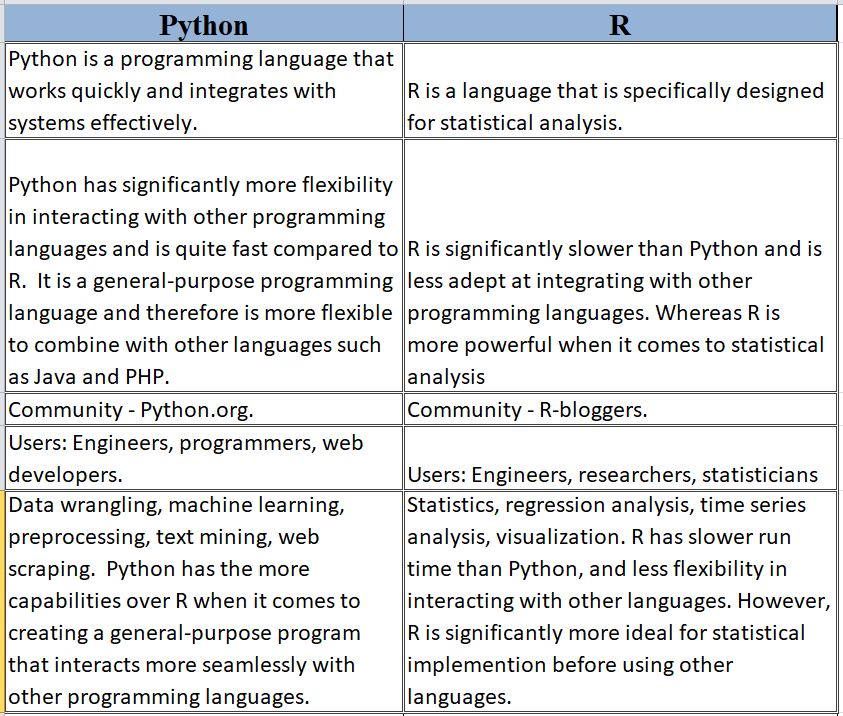 I hope this blog helps to get some idea about the differences between Python and R in the field of Data Science.

Reference: Python vs. R for Data Science by Michael Grogan